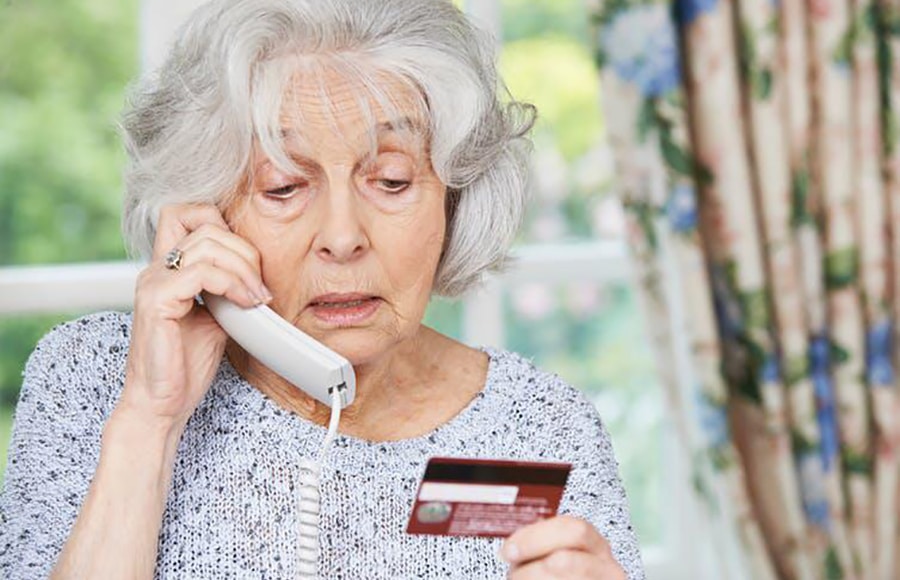 Scams – crimes where someone lies in order to steal money or gleans personal information to commit fraud – have always been around. But now, scientists are researching possible links between people’s susceptibility to scams and the likelihood of them having cognitive impairment later in life.

In the UK, millions of people fall victim to financial scams every year, with older people particularly at risk. Online scammers rely on older people’s lack of “internet savvy”, whilst doorstep con artists and phone scammers often target people who are at home, alone, during the day.

Now, a study has shown that if an elderly person is more susceptible to scams, they may be more likely to develop dementia.

The small, long-term study, which has now been published in the US academic journal Annals of Internal Medicine, doesn’t claim to prove a direct link between falling for a scam and being at risk of dementia. But the correlations it has found have piqued the interest of brain scientists, who are keen to conduct further research – and are already urging financial regulators to take note of the findings to better protect older people in the future.

The study took place in the US and was led by Dr. Patricia Boyle, professor of behavioural sciences at the Alzheimer’s Disease Center at Rush University Medical Center in Chicago. Researchers studied 935 people in the city, most of whom were in their 70s and 80s, and none of whom had been diagnosed with any problems relating to the brain.

At the start of the study participants were given a questionnaire about their awareness of scams. The questions covered their knowledge of common cons and the ways in which elderly people are targeted, and measured their attitudes to sales pitches and risky investments.

Over the next six years, participants were given yearly neuropsychological tests, during which time 151 participants were diagnosed with Alzheimer’s and 255 with mild cognitive impairment. Crucially, it was found that those with “low scam awareness” at the start of the study were more likely to have developed one of these conditions by the end.

The study’s authors are keen to stress that this is only an initial correlation. It doesn’t necessarily mean that everyone who falls for a scam is at risk of dementia, and the study cannot be used to identify whether someone is particularly likely to develop cognitive impairments.

However, understanding and identifying the ways in which people’s judgment may falter – having problems interpreting a stranger’s intentions correctly, for example – could be a big indicator. It will be interesting to see if the “scam awareness” questionnaire will go on to play a vital part in the development of earlier detection measures for dementia.

If you suspect you or someone you know has been the victim of a scam, you can contact Action Fraud, the UK’s national reporting centre for fraud and cybercrime. Call 0300 123 2040 or visit https://www.actionfraud.police.uk/